Gary Carter is a seasoned veteran to the sports gambling and handicapping world. He broke into the professional sports handicapping ranks in 1985 in Vegas where he earned his nickname, "The Bull."  The nickname was given to him by a mentor name Lem Banker. Lem was one of the greatest handicappers and professional gamblers of his time, and Gary gives Lem credit for the majority of his success today. Gary inherited the name "The Bull" from Lem for his raw handicapping instincts and ability to see value in lines that Vegas set to trick the public into sucker bets.

Gary Carter is a guy who believes that gambling can be a profitable profession if you have the instincts and patience to beat the bookies. He is quoted as saying, "Beating the bookies is as much about not betting as it is betting." In other words, find only the top plays on each card and play that action. Do not play the games that are only on TV, in the Top Twenty, or bet on your "favorite"  team each week if you are truly serious about making money.

With world class handicappers like Gary Carter you can be assured you are receiving great value from a legitimate sports handicapping service with every game.

As Gary Carter has been saying for over 35 years, "I want your business, and I'll make you a winner." 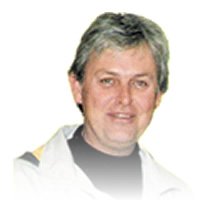 After bouncing around from scamdicapper to scamdicapper and losing a ton of money, I have finally found an honest service. Your initial’s spell “BEST” for a reason!

I’m really impressed by your response in your email! I think you are stand up guys. You’ve got another long term client!

Professional, accurate, affordable. Best value for the dollar of any services in the country…

I’ve been with quite a few services the past year … I have never seen a service hit so many top plays. Absolutely incredible!!

I am very pleased with your selections and service. I have recommended Bull’s Eye Sports of Texas to others. Keep up the good work….

Feels good to be on the winning side for a change. No other service in the country can match your selections or price.

Bulls Eye Sports of Texas has exactly the kind of service that I have been looking for!  Keep up the great work!